EUROCODEexpress: A integrated and comprehensible software including all the structural Eurocodes. It is a work and studying companion for all the Eurocodes, from Eurocode 0 to Eurocode 8.

A complete package, and source of information on designing and understanding the Eurocodes and the National Annexes.
The program is built up from groups of components based on the structural Eurocodes. You can design structural object based on the different Eurocodes, select National Annexes, adjust parameters, and do design and analysis of frame 2D-structures. Design charts and graphs for use and understanding the Eurocodes are included.

A detailed design report is produced for the designed structural components. Assumptions, graphics, references to the Eurocodes and the National Annexes are shown in the report. The user can select the applicable National Annex. Design code parameters, material values and default values can be adjusted.

Design elements included in the program: 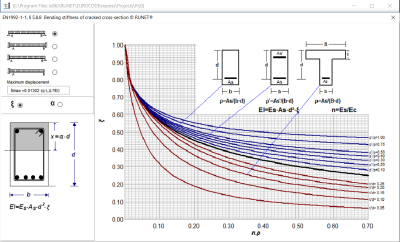 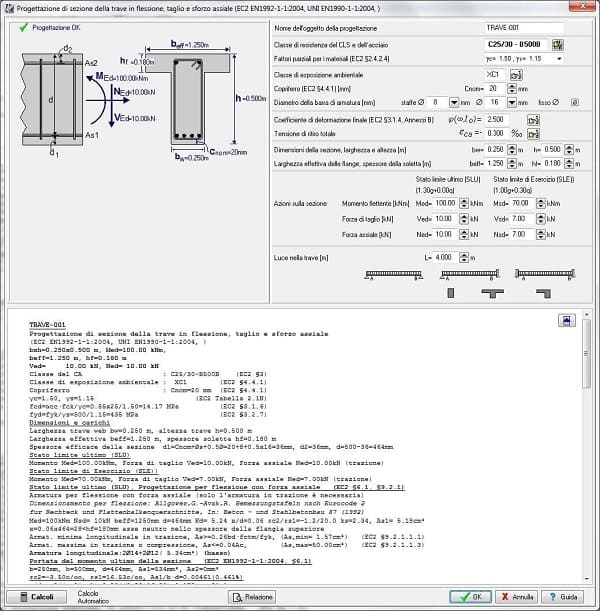 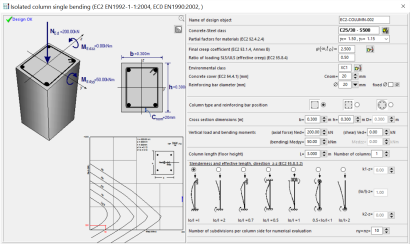 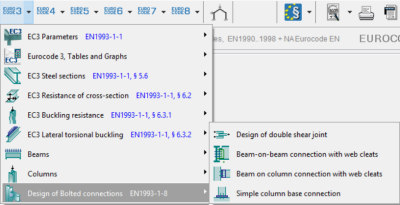 Tables and graphs from Eurocode 3 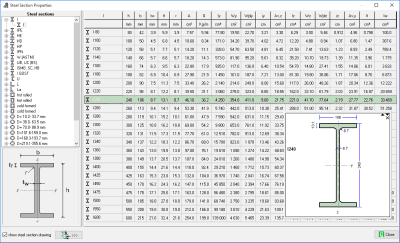 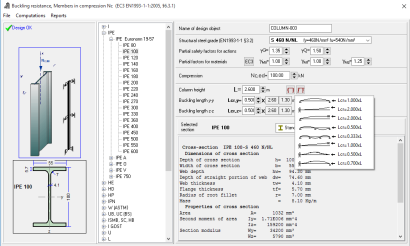 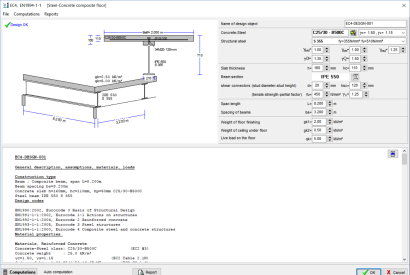 Design of various cases of single or combined action according to Eurocode 5, EN 1995-1-1:2004 § 6, round and rectangular sections. 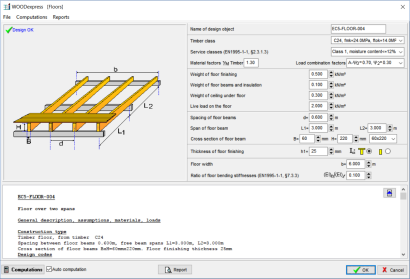 The design is based on a finite element analysis of the truss structure. The truss is considered as a two dimensional frame structure, and the stiffness of the connections is adjusted according to the selected degree of stiffness. The natural frequencies of the roof trusses are computed from a dynamic analysis 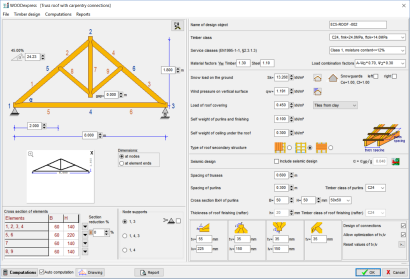 Detailed drawing of the truss structure and the connections are automatically produced. A specialised CAD modulus is included to customise, preview and print the drawings. Export to DXF and PDF files. 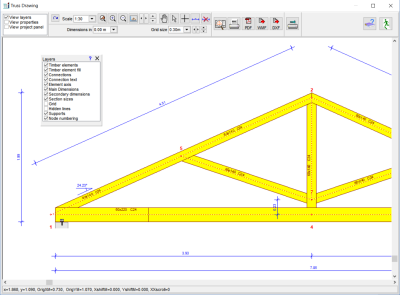 Connections properties you can specify are: steel plate type, regular or BMF, plate thickness, the degree of stiffness of connections, the type and size of the connection nails.
You can also select to use single or multiple plates in the joints with more than two members.
Splices are designed automatically for long timber members. 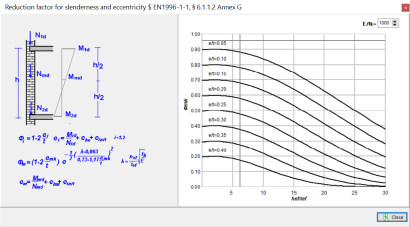 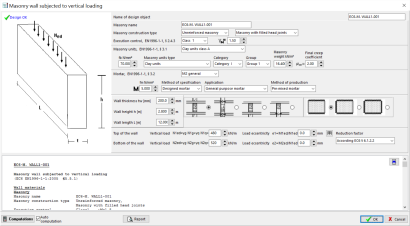 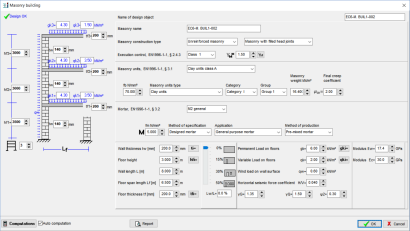 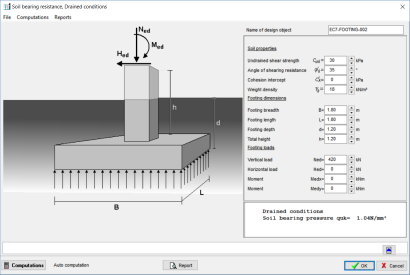 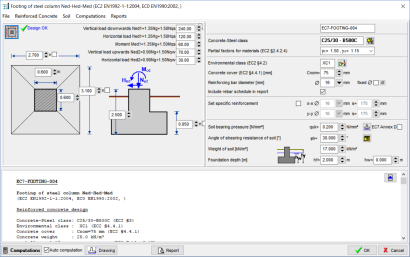 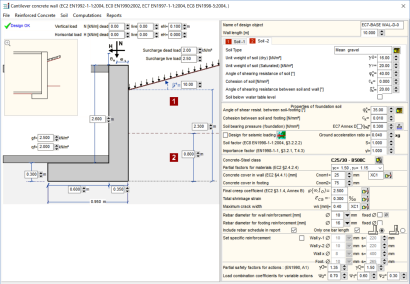 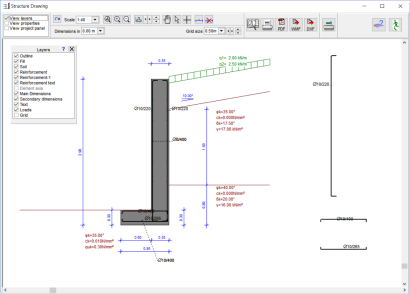 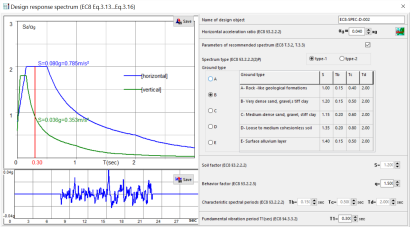 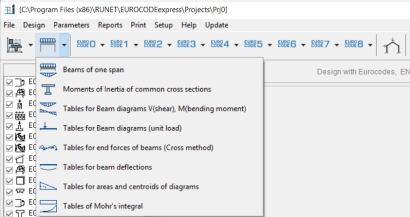 In the EUROCODEexpress is included a program for Design of 2-dimensional Frame structures and grillages.

A 2-dimensinal finite element model, with additional design in ultimate limit state of the members from reinforced concrete, structural steel or structural timber, according to Eurocodes 2,3 or 5. 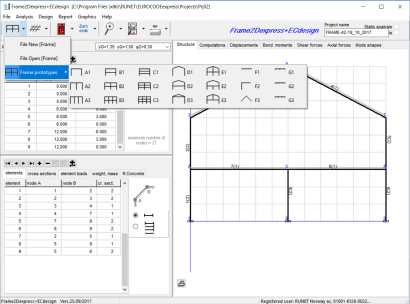 Design Parameters, Check and select options or modify the various design parameters of every particular Eurocode.

Materials, characteristic material properties for concrete, steel, timber, soil etc.. can be adjusted. It is advisable to consult the National Application Document of the Eurocodes 0,1,2,3,4,5, 6, 7, 8.

Snow load on the ground Default region and snow zone