IDEA Prestressing enables you to design post-tensioned prestressed concrete beams according to EN 1992 1 1 and EN 1992-2 codes. 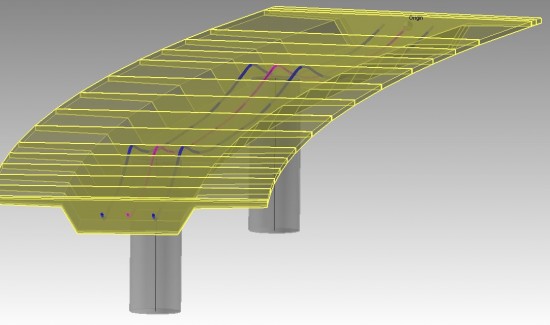 Structural analysis and design of tendons

Then you are navigated through individual design steps:

Shape of tendons in exceeded scale. 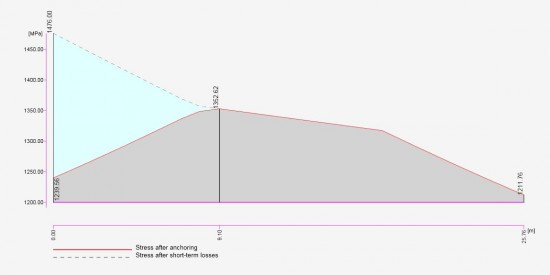 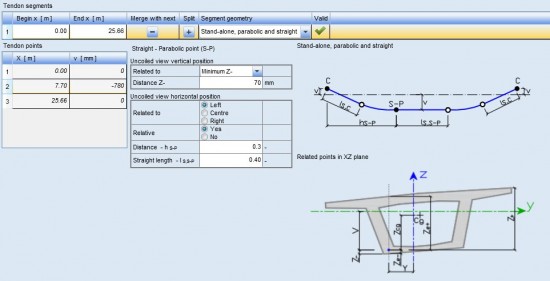