Version 6 is released one year after version 5 in which IDEA Connection was presented for the first time. There have been several improvements during this period but essential innovation and improvements are coming now with version 6.

Programs IDEA StatiCa were transferred into the new graphic design. IDEA StatiCa definitively leaves the look of 90-thies, which is still typical for majority of FEA and CAD programs on the market. 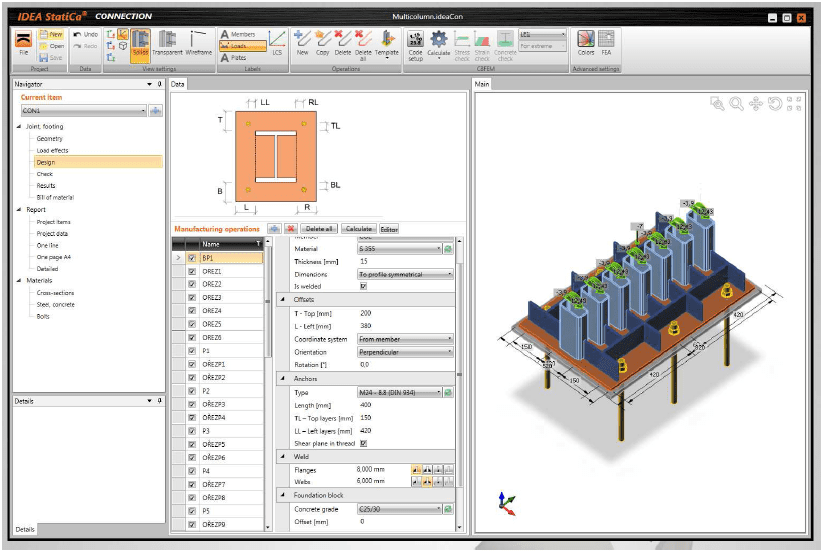 The drawing of joint in 3D view is now active. Items of joint are highlighted when the mouse is moved over them. The explanatory text in bottom part of window is shown. 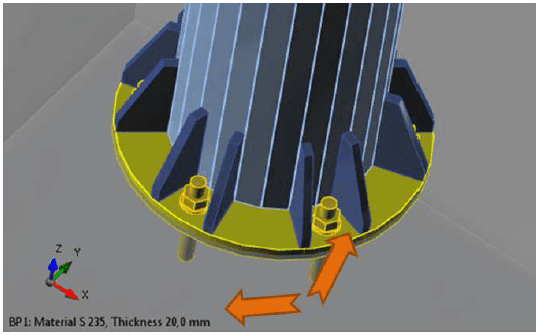 When clicking on highlighted item the appropriate manufacturing operation is found and set as
current. User can work with complex joints much easier and editing is simple.

All manufacturing operations are now equipped by explanatory dimensions. Dimensions are shown
for current operation. User works with property dialog of operation and directly see the result in 3D
window. 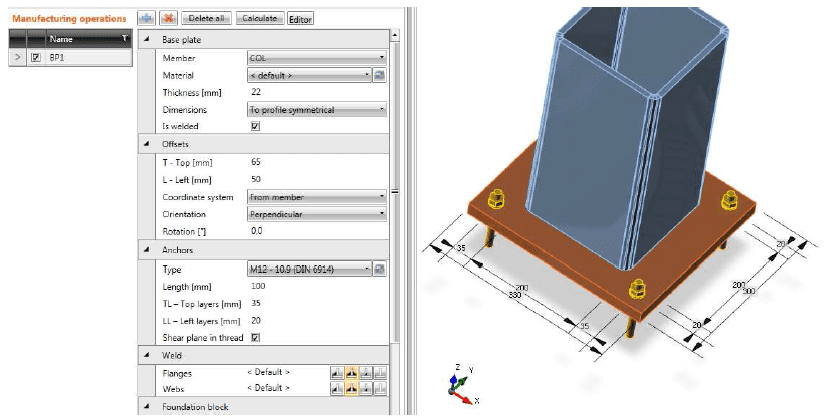 Edges of plates are numbered in operation “general weld”. Weld can be defined much easier. 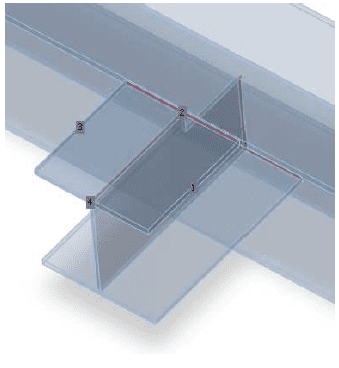 Setting of units and out format of numbers was required by many users. Units can be set and number of decimal digits can be defined. Imperial units were introduced. 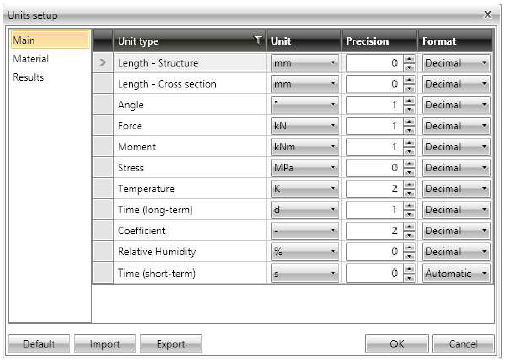 The formats of numbers in all forms and tables can look like this:

Some user claimed difficulties during input of loads. Orientation of force was not clear. Presentation
of local coordinate systems helps a lot.

The work with loads was remarkably simplified in version 6.Feedback from more users told us that more of them hesitate about the necessity to “have the joint balanced“. The requirement of equilibrium is fully correct, but especially for simpler joints is not necessary. There is one bearing
member in the joint and the others are connected to it. If we are interested only in investigation of connection of other members, the requiring of equilibrium is not needed. We introduced two modes in version 6:

Modes are switched on ribbon:

Tables in both modes for following example are enclosed: 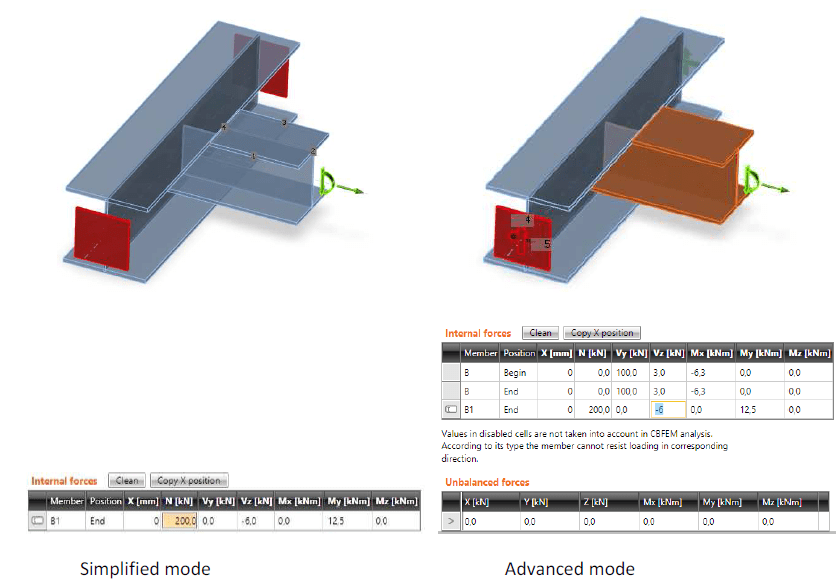 In some cases the actual position of the connection does not respect the position in the theoretical
joint. Then it is possible to move the calculated internal forces into the corresponding section. A new
"Copy position x" facilitate the work of a larger number of defined load cases. 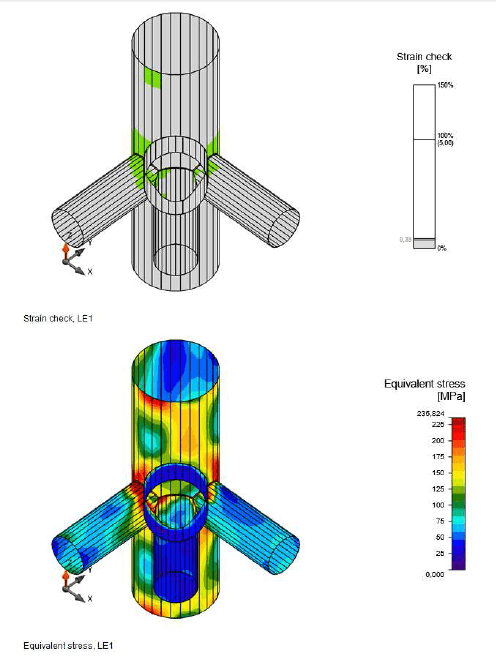 Report was improved with all data about analysis and check settings. Everything is documented not only for designer, but also for checkers. 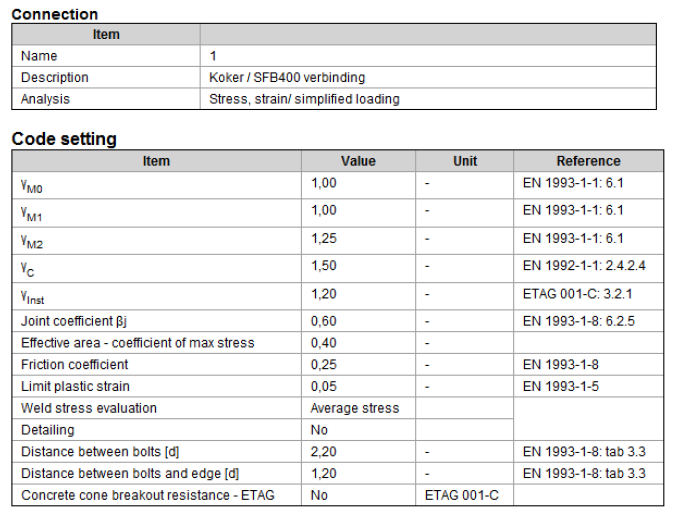 More users complained about missing data of base plate and anchoring. They all are now in a new table “Foundation block”. 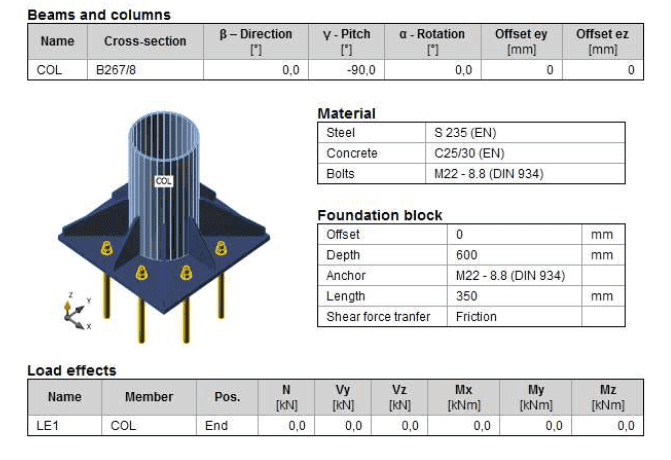 CBFEM method is efficient and provides high quality results. However, for some less-informed participants of the design process (investors, checkers) may be unfamiliar or less clear. We have added an option to add into the printout report a chapter with the theoretical background of the method. It depends on the decision of the designer if he wants to have it in the protocol or not. 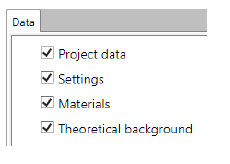 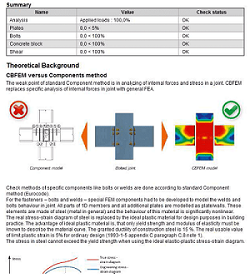 A big debate among users of version 5 about the work with welds was held. Most demanded greater generality in defining the welds in the joint. We have developed a new editing tool that allows defining the thickness, material type and welding on one line of property dialog.


It is now possible for each individual weld set the following types:

• Fillet weld one-sided
• Fillet weld duplex
• Butt weld -the weld creates a connection between the sheets, but it is not checked
• No weld -the designer may decide if the weld is in the joint or not. For example, on the I-beam its flanges may be welded and the web not. 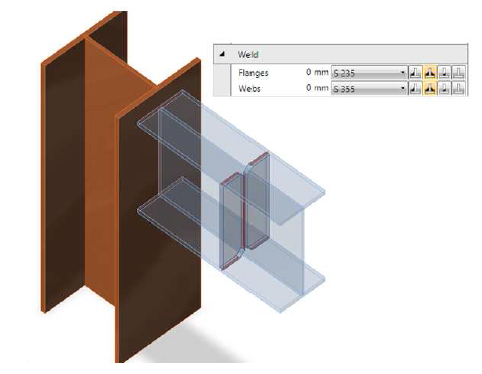 Welds are checked according to standard component method and Eurocode. CBFEM provides the exact values of all welds in the joint. This is true since the first versions of the program. However, engineers demanded that they would like to know about the stress and forces in welds more. In version 6, we have added the pictures of the weld forces for each individual weld. 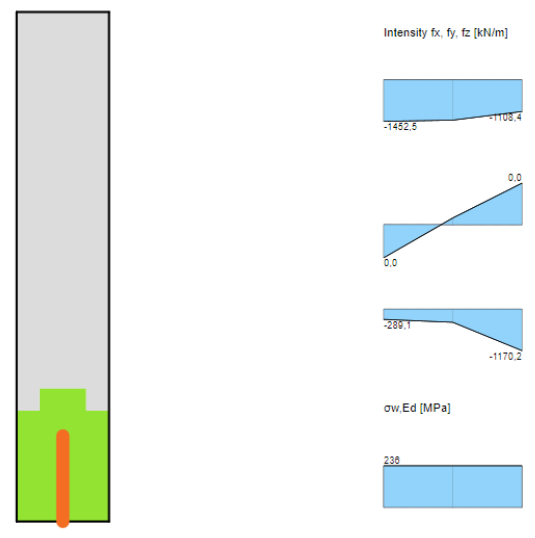 In addition, we introduced a new method of interpolation the stress in weld. The designer can choose if welds to check:

• The maximum calculated stress
• Averaged constant stress over a weld length (plus and minus is taken into account)
• Linear interpolated course of stress.

Operation “common weld" now allows you to define weld between the plate and the edge of another plate, but also directly between the edges of two plates.

Version 6 now supports properly circular hollow sections (CHS) in all operations. Cut „tube by tube“ allows to handle the whole new class of tasks. Both tubes has to be circular.

Functionality of CHS was completed also from the point of view of end and base plates. Radial groups of bolts are supported. Also stiffeners and ribs can be applied on CHS as well. These improvements make functionality much wider not only for anchoring of columns, but also in structures like offshore. 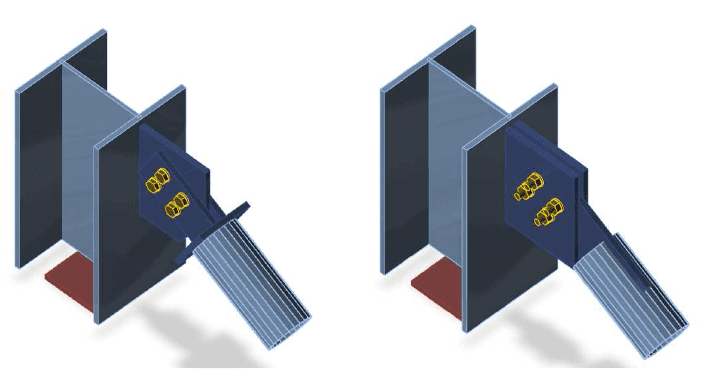 We modified the operation Opening, which can be used also for notches. Opening can be moved partially out of plate and notch is created. User can also add rounding into rectangular opening and notches. 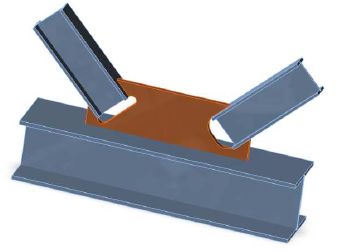 Anchoring into walls can be done also for inclined beams or columns. 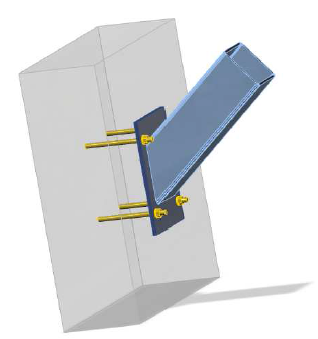 The module IDEA CSS was attached as an option to input a cross-section of IDEA Connection. It is now possible to work with the general composed and welded profiles. All rolled sections and plates can be a part of the cross section. 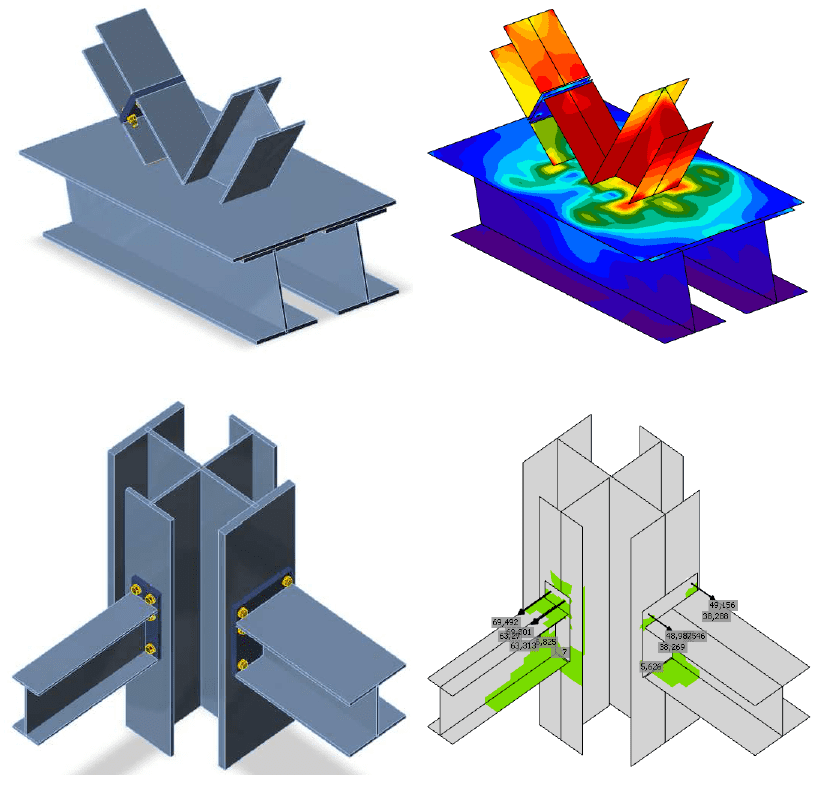 The first method of member connection stiffness analysis was implemented in version 5 of IDEA StatiCa. Method was good for simple joints composed from 2 members, but for more complex joint was not satisfactory and needed to much experience of the user. We replaced it by new one, which is not limited by complexity of the joint.

Two modes of analysis were introduced -Stress/ Strain and Stiffness.

In case of “Stiffness” settings the program is switched into special mode. Special analysis model is defined, where all members are supported except of investigated one.

Checks are limited in “Stiffness“ mode and program offers only basic overview and the appropriate table of member stiffness and classification.

Enhanced version offers several functions which are not available in Expert edition: