Version 8 is focused on simplifying and improving design process of concrete members. Majority of the new features was inspired by our users, resellers and partners.

·         Imported load cases from moving loads merged into one LC

·         Export of beams from Advance Design into IDEA Beam 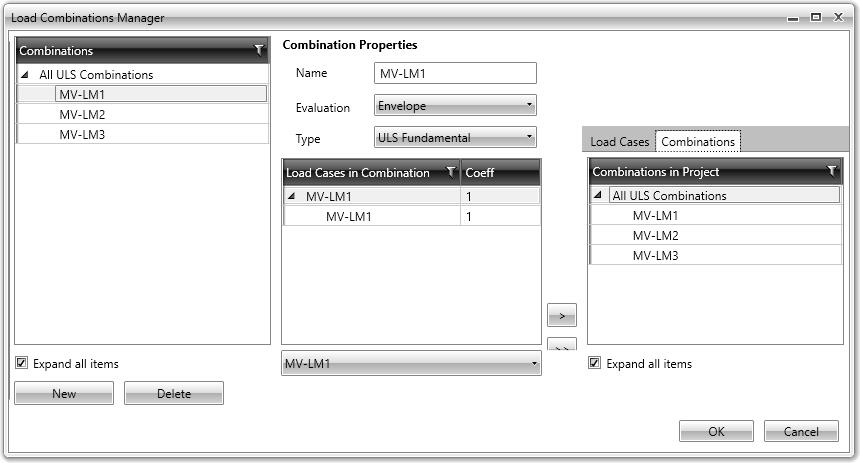 Sometimes it comes as handy to assign load cases into different load groups as it is considering different coefficients (psi, gamma, …) in different combinations. 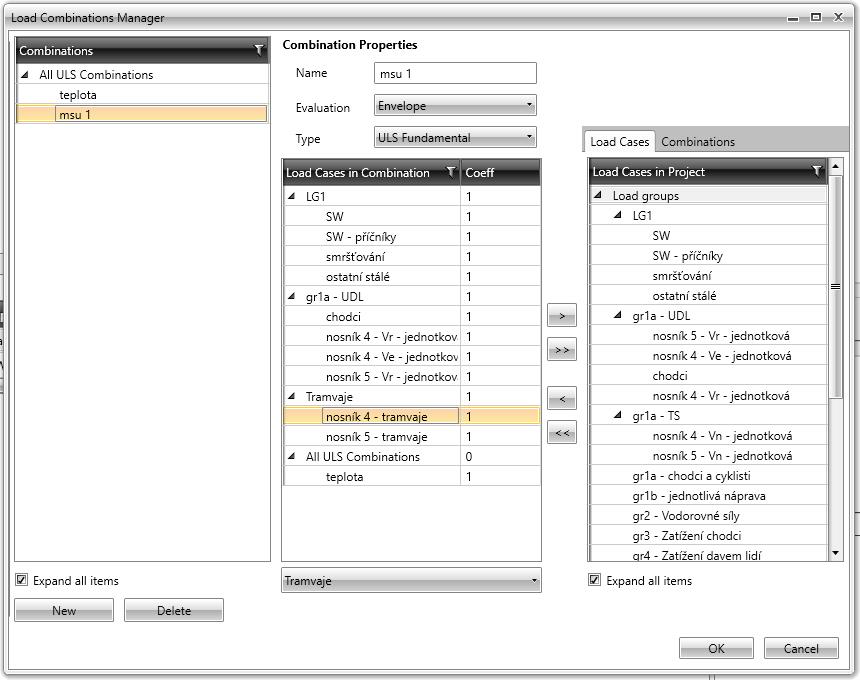 The user can now define his own load types for bridge constructions. For example trams, oversized convoys, metro cars etc. These groups can be included/excluded from bridge load rating checks due to Traffic checkbox.

We have been given 12 separate load cases for imported moving load cases from Midas Civil. In newest version it comes to improvement by merging these cases into one to simplify your workflow. E.g. LM1+N, LM1-N, LM1+Vy, … is now replaced by MV-LM1. 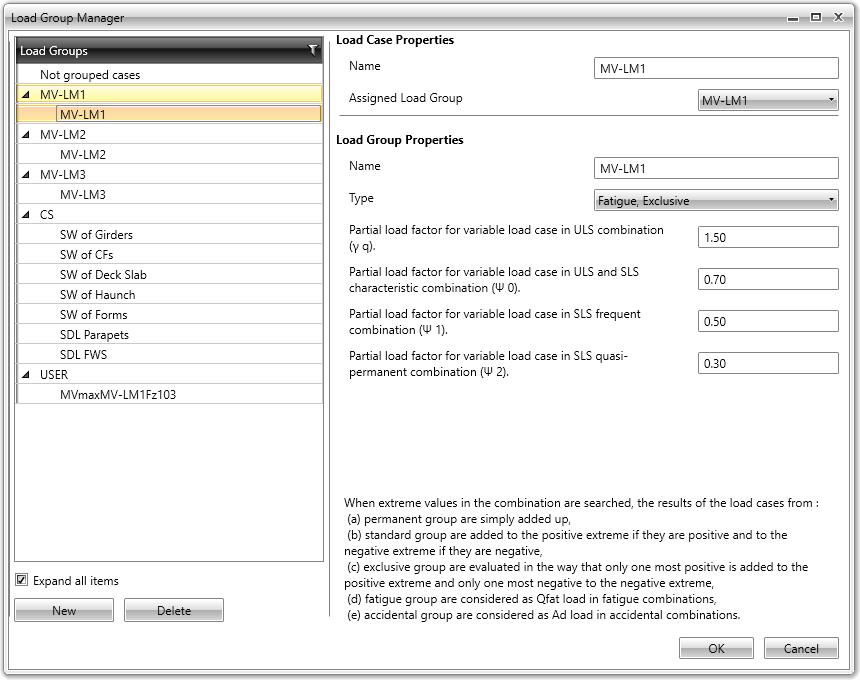 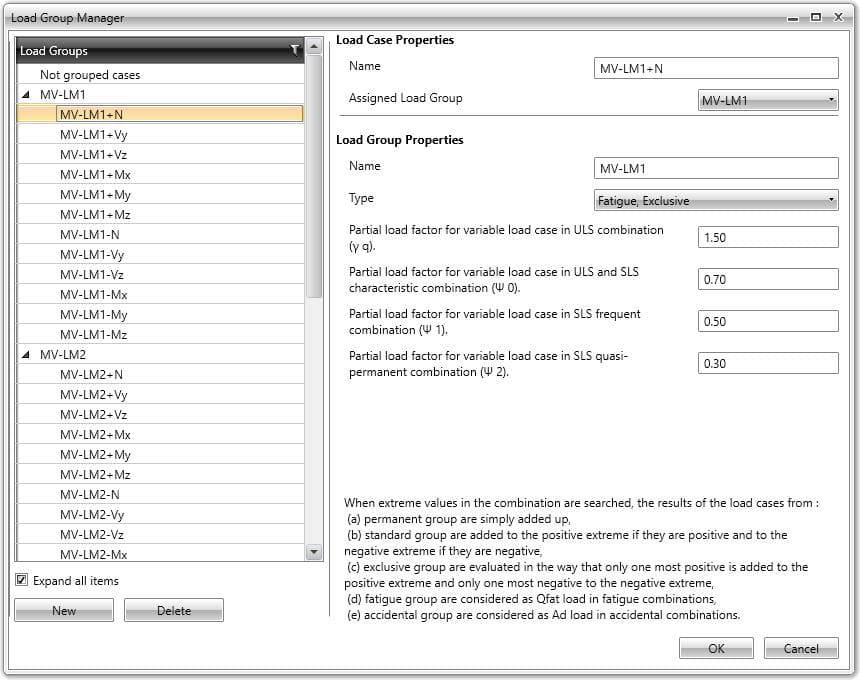 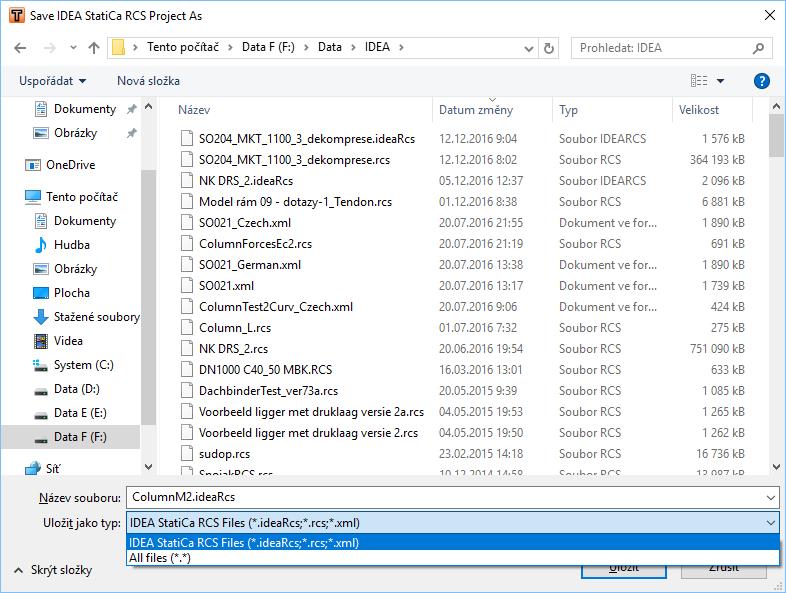 Draped strands are now added into Tendon designer. We have a possibility to change eccentricity along the length of prestressed strands. 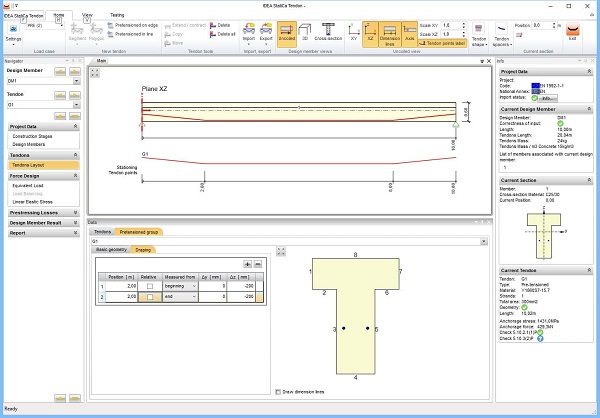 IOM – tests of input values is mainly developed as new extension for those customers and partners, who use IOM interface to run non-linear analysis and design of IDEA StatiCa.

8. Export of bill of material

The export of bill of material including tendons into XLS format has been added to your workflow. 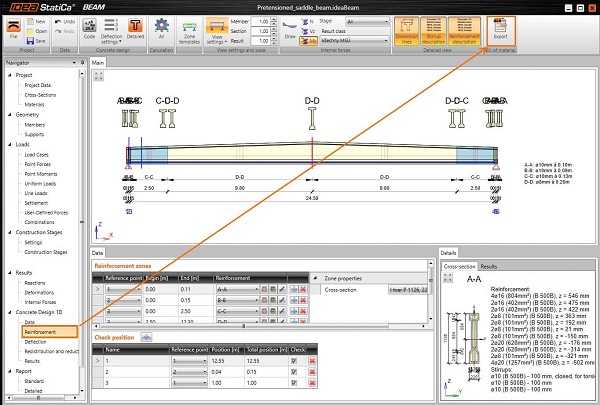 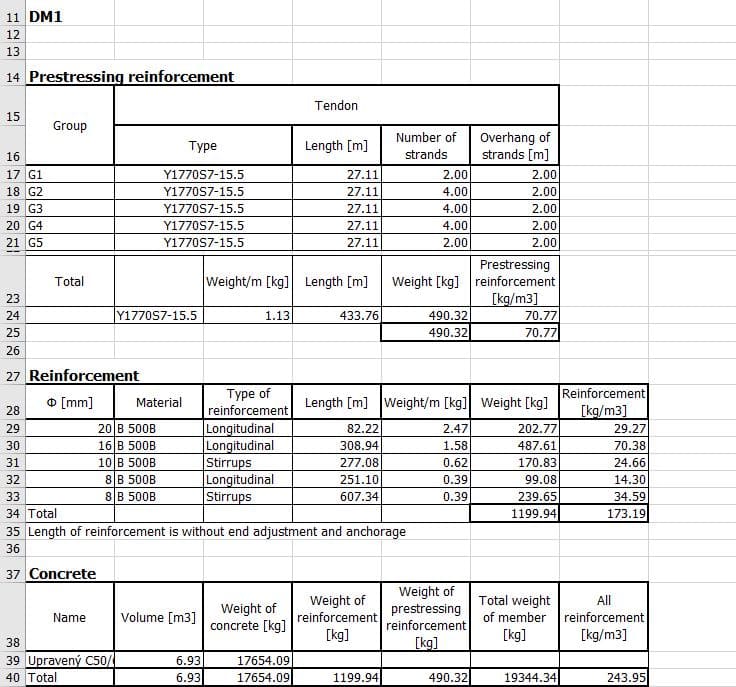 We implemented latest NEN annex for our Dutch customers. The design of reinforcement should respect code dependent calculations.

·         Replace equation 7.11 by: Design of reinforcement should respect code dependent calculations due to implementation of effective modulus Ef. 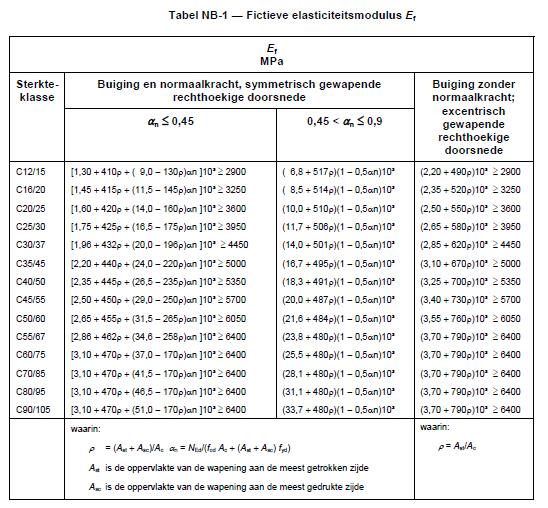 We moved some general settings to the ribbon to make our module RCS more user-friendly. You can find newly added buttons in right section of ribbon. 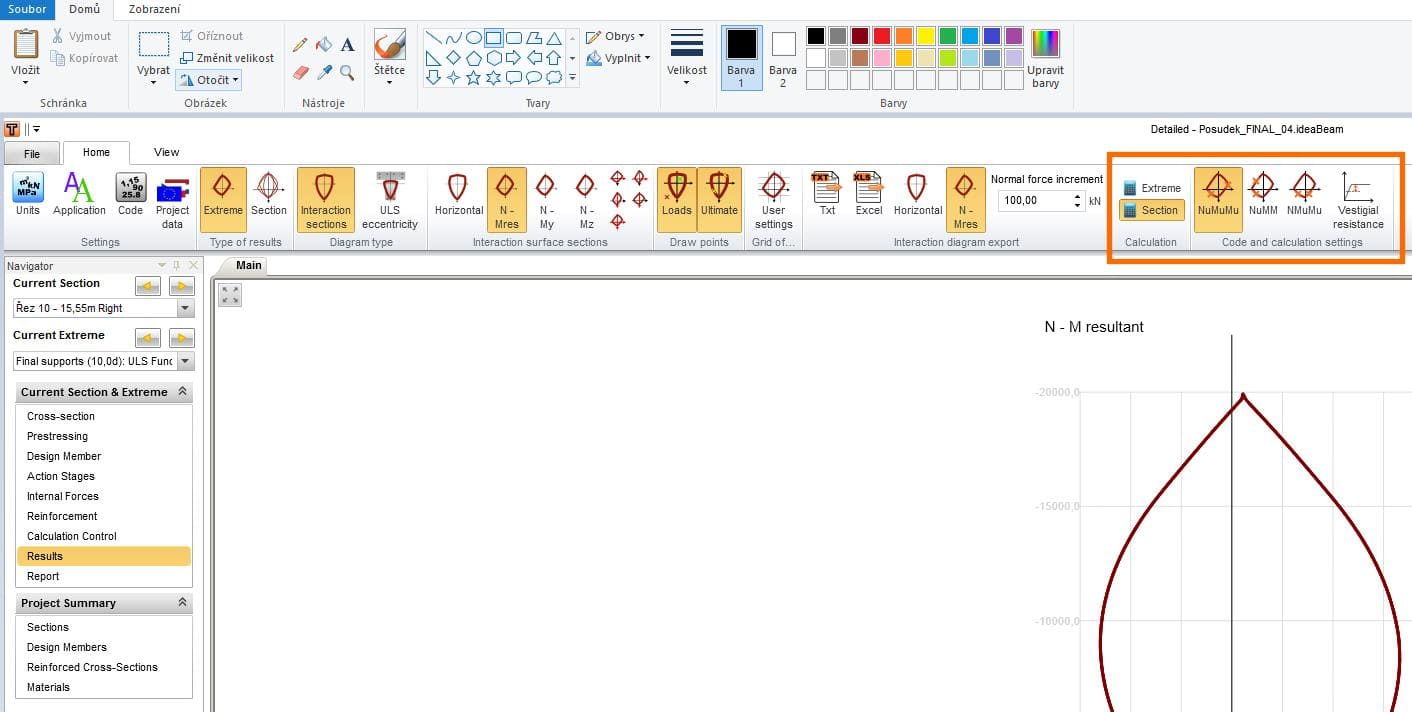 11. Linear stresses along the tendons

New functionality in Tendon designer calculates linear stresses along the tendons. A very helpful feature while tuning the tendon´s forces and layout during the design process. New way of the design of tendon in IDEA StatiCa.

New BIM link with Graitec´s Advance Design with the possibility to import beams into IDEA Beam. 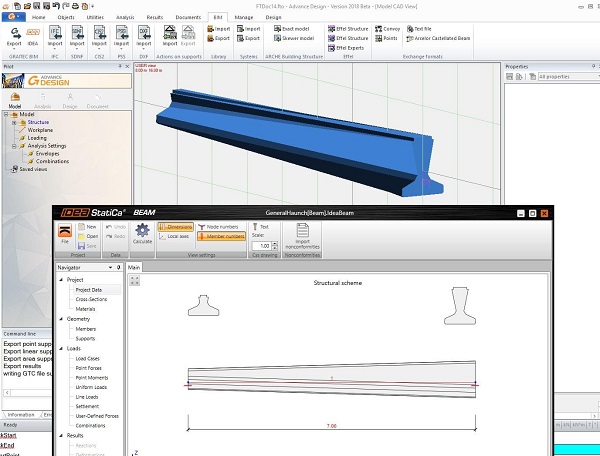 We added limited interaction check also to RCS. In previous versions, this was possible only in Beam module. To access this check, please find it in Current Section & Extreme -> Design Member -> Member data and check the checkbox. After this, you should be able to decide in which type of combination it should be considered in Internal forces Tab. 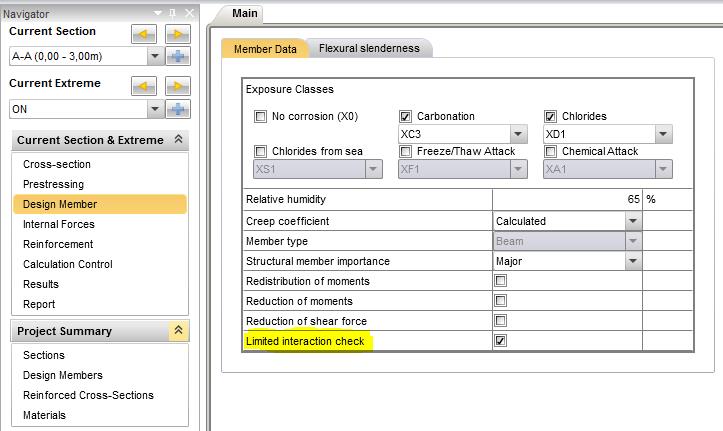