Version 6.1 was released 4 month after version 6. We have focused to links with CAD and FEA programs. American code will help our users operating in regions where US code is applied and open new markets for us. More innovations in UI will make the work with our products easier.

A picture gallery was implemented into the latest version. It brings a possibility of the saving of views in the 3D window into pictures in Gallery. Then stored pictures can by inputted into the Detailed Report.

Graphical rapresentation of bolts and welds

Welds are drawn in the 3D window together with results now – selected weld is highlighted. All weld intensities are displayed with the same scale.

More load cases can be inputted by copy/paste from Excel sheet at once.

Input of bolts was simplified. Bolts are sorted by material grade only. Standard EN and AISC bolts are provided according to selected code.

AISC CODE - BOTH LRFD AND ASD

We have implemented AISC-LRFD a AISC-ASD codes. The type of code can be selected within definition of a new project. 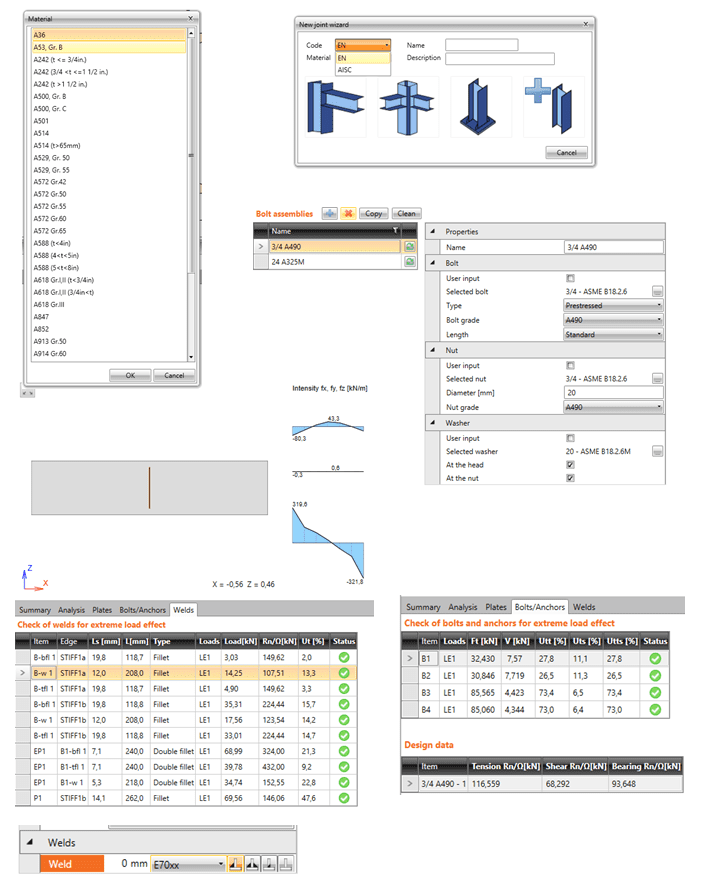 We have added interface with Autodesk Robot into our BIM. 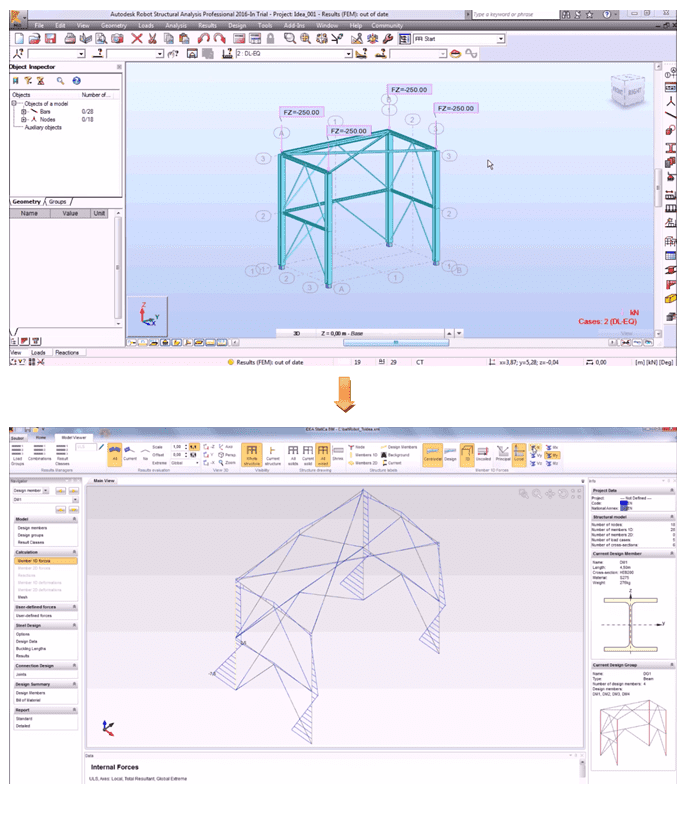